Well, that darn cold took more out of me than I would like.  After 2 weeks , I still have a stuffy nose and sinus pressure. Last week I just tried to  heal and spent needed time resting. It was a four day week  and many of my students were leaving several days early. making for an easy week.

My family  left for  short trip to Nashville. My daughter, spouse and I headed to a warmer climate that had tulips, crab apple blossoms and green grass.  Oh, the smell of freshly mowed grass! It was significantly warmer than Wisconsin who still had more snow on our return trip today. 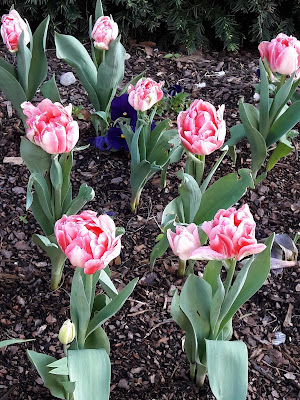 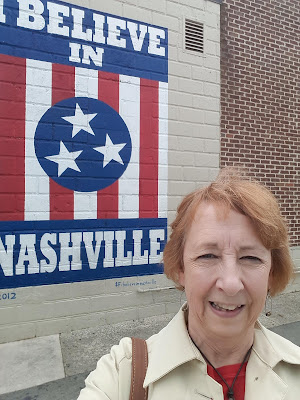 But we enjoyed music at many bars and loved a jazz combo one night. We toured their Ryman Theater which originally housed the Grand Old Opry and also the Belmont house on the campus of Belmont College, an antebellum home full of gorgeous old furniture, wall and  floor finishes and an amazing story of a women who lost many children and three husbands and yet had this home and a multitude of acres and animals.  Downtown and all around, we saw their  Farmer's Market, parks,  a huge replica of the Parthenon, an old train, and shopping. 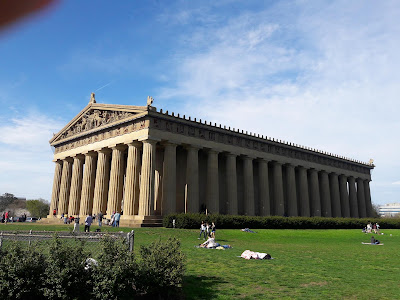 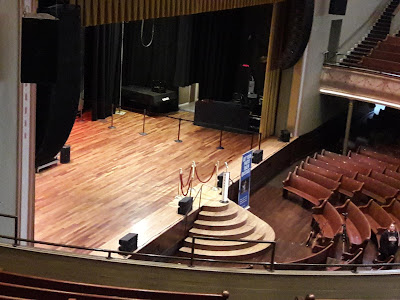 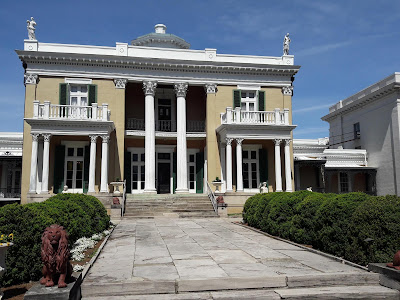 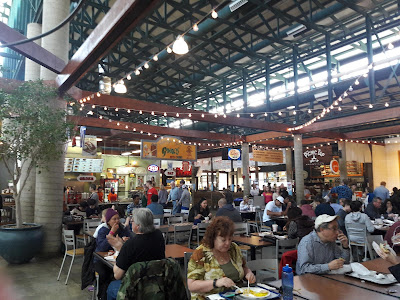 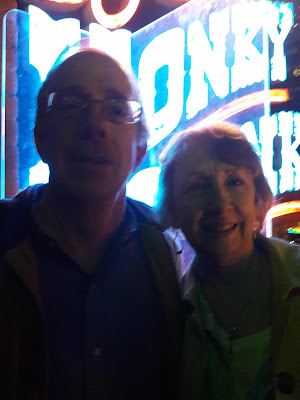 No trip is complete without a quilt store. This one was in Franklin and stated 10,000 bolts of fabric.  No doubt.  They were everywhere with fat quarters in bags. I have never seen so many books and patterns spanning 30 years, which is as long as the sweet lady has owned it. It was actually overwhelming. The store was called Stitcher's Garden and was in a strip mall.  But I did find a 20 year old pattern of Victorian houses which will be perfect for the row by row I am going to sew this week. 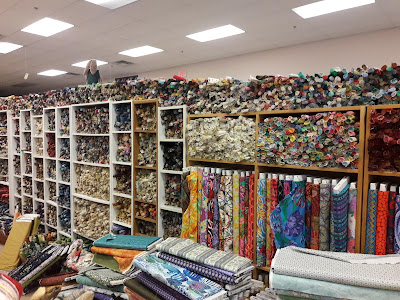 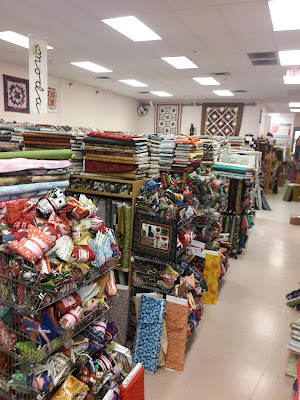 Bolts of fabric everywhere: floor, aisles, on top of racks...everywhere


The only sewing I have done is hand sewing on my  wool applique from Anne Sutton of Bunny Hill. called Henrietta Whiskers,  It is a  block of the month that she had for free way back in 2011.
Posted by time4stitchn at 10:50 AM

time4stitchn
I am a midwest girl: born and raised in Ohio, college in Indiana, and then followed a young man to Wisconsin where we were married and have lived happily for almost 40 years.